The feature that prevents iPhone from connecting to the weak Wi-Fi network is now available on Apple's new iOS 11 Beta 4.

The positive factor of this feature is that when you enable the "Ask to join networks" function, all weak Wi-Fi hotspots send the user a connection request, without disturbing them. 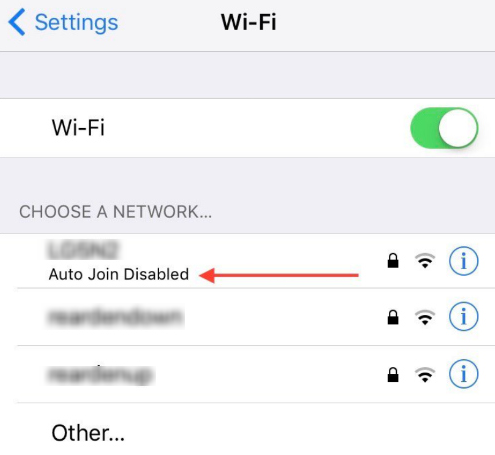 On the previous iOS 9, Apple introduced the "Wifi Assist" feature, which allows users to automatically connect to the service provider's network when the Wi-Fi network is weak. However, when put into use, this mode is installed by default causing many users accidentally use the phone account.

As a result, Apple has had to go to court for a collective lawsuit. Currently, that feature has been removed and also doesn’t appear on the iOS version 11 operating system so users can be completely assured.

What exactly is considered a weak Wi-Fi? I guess under 2 bars? It's a pretty cool feature, but can't you just open the Wi-Fi settings and chose the connection that you feel is the best? I don't know how necessary this feature is. It looks like it would consume too much battery for a purpose that you can basically do manually in a very short period of time.
You must log in or register to reply here.
Share:
Facebook Twitter Reddit Pinterest Tumblr WhatsApp Email Link
Older threads

Which tablet should i buy?

In the World of Phablet!

What games will help you increase memory?
2

What do you prefer for a wallpaper? A real people or an anime character?
2

Apps must have for low-end Android smartphones

What's wrong with the Experia Series?

How to transfer apps between android devices using bluetooth?

New features are updated on iOS 13

Is iOS better for gaming or not?