What is the next big thing? "Future Smartphones"

Smartphones are one of the most fastest evolving devices i know. The big players research and development team are always highly funded and always on a quest. That is why we enjoy all the awesome features on today's smartphones.
Smartphones today are equipped with the highest technology available in the market. From bio metrics, facial recognition, Bluetooth, and other integrated sensors that is so..so..cool.
With the strong competition among smartphone producers in the market today i'm pretty sure that all new releases will always be at the edge of technology. The best part of that is, all of this technology and all of these features are for us to consume.

But have you ever wondered what is the next big thing? A jaw dropping feature or technology of a smartphone. What do you think is the future Smartphone?

check this out guys:

I think the future smartphone could be something close to what we see as future technology in sci-fi movies. With the speed of evolution and everyone aiming towards the next big thing, I wouldn't be surprised if they somehow come up with holographic imagery and made that accessible to everyone in the world. Like in the past few decades, no one was likely to know how big smartphones could be. The same thing will happen for the next form of smartphones.

I think the future smartphones could be something that controls everything.. Like, driving your car using your smart phone. You can turn on and turn off the lights in your house even if you are not at home, your smart phone could do that for you. Video projectors or holographic images and etc.. Nothing is impossible with the technology that we have in this generation.
Last edited: Jan 29, 2018

I imagine smartphones evolving into something that could potentially be as strong as today's desktop computers eventually. I think they'll also be able to access numerous things in your daily life, like your computers, car, lights, central heating and air conditioning, safes, you name it! I think they'll also get to a point to where they're almost as thin as paper and can be folded, which I think just sounds really, really cool. They keep pushing the envelope with technology these days, so I can see this stuff happening in the future.

Ah! I'm curious. What would be the next thing, really? Since we are now in a world where Tech is the main thing, I guess I would expect that the next big thing would be "teleporting" using our smartphone? I am just curious because my observations are that the movies I saw before were actually happening now. Smartphone indeed is smart in the sense that it can do almost all the things a human being can't. This means that in the future, hopefully, we still control our gadgets, not gadgets control us. I mean artificial intelligence might be in charge instead of us and that would be a risky thing. I can still recall what Elon Musk said about computers and the artificial intelligence running our computers. I am really just curious about how things are happening now with our smartphones, with our computers, with our Tech today but at the same time worried about the outcome when humans depend too much on gadgets/computers doing all the stuff that humans suppose to be doing.
E

I'm not sure about that. Companies releases new models every time, and it doesn't really provide "something big." It works just like your last one. The new ones just have better screen, lighter or improved battery, but there's no significant change all at. Its features that mainly changed. As a consumer, I always look for the quality of the camera though. I want the highest pixel possible.
J

Well in terms of looks and features, I think they'd still be almost the same as the new ones coming out in the market nowadays. The next big thing for these gadgets should be their compatibility to other devices such as LED TV's and other blue tooth devices. It would be nice and economical if our smartphones would be able to compete along with PC's. I know its a long shot but its just my thoughts

If I would peer in the near future, the next big thing for smartphones is better battery life. What good is a smarthphone with powerful processing power, enhanced security features, and holographic displays if we have to charge them everyday? I long for the day when we would have smart phones can store power that can last for more than a week.

I found article on Forbes.com that envisions a future where smartphones are powered wirelessly without the need of connecting devices such as a power port. If such an innovation would exist, other new improvements would follow such as transparent screens, VR and even cybernetic implants.

What is the next big thing in smartphones? I expect a smartphone in the future to be small, compact and hologram capable, like some smart devices in the video.

I think holograms would be the next big thing in another 10 to 15 years. But for the next couple of years, Smartphones and Gadgets would become more powerful and battery life would be longer.

It’ll run a Snapdragon 835 processor , have a dual SIM slot, and include a 4,500mAh battery. It will also have a 5.7-inch, 2560 x 1440 display, USB-C and microSD card support, a headphone jack, and dual front and rear cameras. The phone’s highlight is supposed to be its cameras and screen. The screen is supposed to display “holographic 4-view content,” which are basically 3D images that change with your perspective. The phone’s cameras are supposed to be able to record video in 2D, traditional 3D, or RED’s new “4V” format, which will presumably only work on this phone to start.

I found a video about the smartphone, check it out.

This will definitely start the era of holographic display for smartphones.
B

I think phones in the future are expected to have hologram capabilities, virtual keyboards, and a built-in projector. Pretty much the kind of technology that what we see in a sci-fi movie like Iron man and Passenger, are most likely to happen in the future.

Whenever i think of future there is one thing that really gets me impatient. And that is the thought of a futuristic phones and cars. Only way i can imagine phones from the future is in the form of a watch. A small, thin watch on your hand that has a hologram screen on the front, alongside with a very high quality speaker. So basically all the information would be available through that watch, and you would have a virtual keyboard of some sort, that you would use to control it. Almost like a projector.

Can't wait to see that when i'm older, you got me thinking now.
C

I think the one haven't invented yet is the image that goes out when you are talking to the other party, a real time image. And also the needed one in business is that signatures can be attached in the sent documents through the phone without needing of printing it first.

I think 5 years from now, we expect a lot of changes and upgrades from Smartphone. Of course, it's because of the competition. Five years from now, it's possible that phones cab be bend and fold with the help of flexible displays which we can see on Smart TVs nowadays

We may be able to reassemble our phones and that's what I'm looking forward to it. Since I'm a movie lover, I'd love to have 3d viewing on smartphones! I'm really excited!
R

It is the exciting things to look forward for the future of What is the next big thing on the smart phone industry.I guess there will comes a time that when you text to your phone you do not have to type it. Rather you will just to speak the word that will be the message you intend to send and the phone will just do as you say the words you want to be sent.How cool is that when this happened.

I would really like to see the technology from the movie Ready Player One to be built inside a smartphone and add also the tech from Black Panther. Maybe some time in the future, smartphones can really be transparent like glass, like the one used by Iron Man, it would really be cool with holograms and applying air touch.

I'm confident that 2 years from now, there will be smartphones with OLED screens that can be stretched and bent. It would be great to have a flexible display for more enjoyable viewing experience. The main challenge I can see here is that many smartphone's displays contain more than three million sub-pixel, so bending may introduce strain which can tear the screen. However, I know that they can figure it out and make it happen soon! 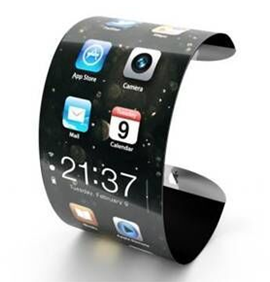 It's the era of technology or gadgets. Many people will start their companies on phones and technologies. Many people will discover great things so it's an endless possibility of improvement. Maybe, just maybe, JARVIS will be created. Artificial Intelligence will be placed on almost every gadget in the future. People want every to be automated, less hassle, less works more productivity.
You must log in or register to reply here.
Share:
Facebook Twitter Reddit Pinterest Tumblr WhatsApp Email Link
Older threads

Galaxy Note 8 vs Galaxy S8: What is the difference?

On smartphone's performance, is it all about RAM? The bigger the RAM, the faster it performs?

Should I upgrade to the latest version of android?

What are the hardware requirements for running Android 7 Nougat?

Which OS is better, Android Marshmallow or Android Nougat?

Unwanted apps and how to delete/uninstall them

Advice on next Android phone

Ticwatch S2 Smartwatch Takes Your Outdoor Game to The Next Level

Will you skip iPhone X or will have it for your next smartphone?