What are some good affordable phones?

I'm on a budget and I'm looking for a birthday gift for my boyfriend, he prefers Android phones. Do you guys have any suggestions?

It's nice to hear that you want to get your friend a phone as a birthday present. There are so many phones that can be recommended but I would like to know your budget specifics in order to know exactly which phone to recommend for you to purchase.

Happy birthday to your friend in advance.

May I ask how much the budget is? If less than 10,000 php, there are lots of mid-range phones available in the market. I personally recommend Xiaomi Redmi 5 Plus or Huawei Nova Lite 2. They work great!

If your budget is around $200 USD, I would recommend buying Tecno Camon CX for your friend for his birthday present. I'm certain that he is going to love the phone very much and with the phones 24 megapixel front camera, you guys will snaps lovely pictures.

Please give him my happy birthday wishes.

That is a good question.

I personally like the Nokia 7 Plus. Not that the others do not have their own unique quality about them but have always been a fan of the Nokia brand.

I think the Nokia would be a better gift to give out the other ones you have mentioned.

Iucie said:
I'm on a budget and I'm looking for a birthday gift for my boyfriend, he prefers Android phones. Do you guys have any suggestions?
Click to expand...

What budget is he having?
It depends on how much he will spending on a smartphone so we can share specification details from there.

Vivo Y53 or Huawei Y6 2018 can be the same as the price of 5'990. The Vivo Y53 has a 5 inch capacitive touchscreen while the Huawei Y6 has a 5.7 inch capacitive touchscreen. They are both nice and have similar specifications like "Screen Recording" which are very good features. The processor and the IPS display have the same ability as the price. Its camera is beautiful as well as beauty filter features which are commonly seen today on mobile devices.
B

You can try huawei phone. Their are decent mid range phone they offer and it's good for gaming but if your boyfriend like photography why not try oppo, they're camera quality are the best for me.

I don't know how much your budget is but based on my research, one of the budget Android phones is Moto G6. It is 235 USD from Amazon store and 249 USD from Motorola. The other one is Alcatel 1X, you can purchase this phone for just under 100 USD. It's the first to run Android oreo go edition.

Selecting the best smartphone for your boyfriend depends on several factors. It depends mainly on how much is your budget, what is his preference and what is his purpose of having one. If your budget is around 120.00-150.00 dollars and he is an above-average user and a gamer like me, then I can suggest the Asus Zenfone Max (M1). It is powered with Qualcomm Snapdragon 430 SoC and has 4000 mAh battery. Its battery life is the best feature that it can offer.

If he's like me who hates charging so much and plays games a lot, which consumes a lot of battery life, then this is the best phone that suits for its price. I got mine at 149 dollars a couple of weeks ago. So far, it gives what it promises. I don't have to charge it on a daily basis. It really provides the value for your money. Its stylish look is also a plus.

BTW, I choose the Asus brand because I previously got the Asus Zenfone 2 Laser. I had it for more than 2 years and I am so satisfied with its performance. I just decided to buy a new one since it was broken by my dogs. Thus, I choose to buy my new phone from Asus again, a brand that I trust and tested.

If the Asus Zenfone Max (M1) is already available in your area, you should consider adding that on your selection list. For further specs of M1, you may refer to this link: 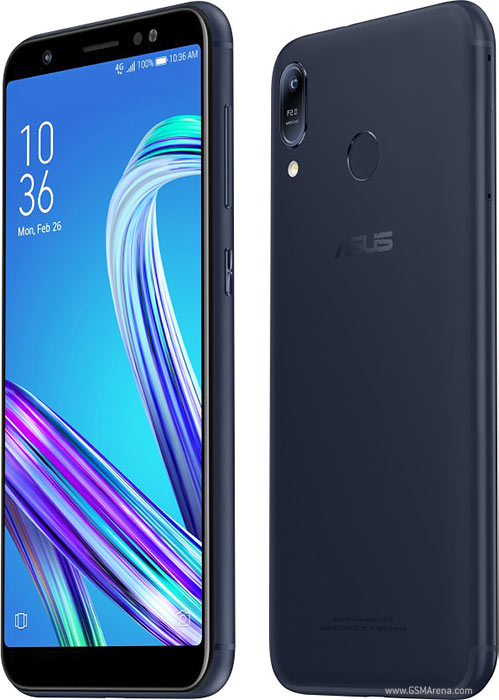 If you want to buy a new Android phone with a limited budget, I recommend buying any of the old Samsung S series. Though the model is old, it will be durable and high quality. Samsung S7 is much cheaper than Samsung S9 but it'll surely do its job. I remember using my Samsung S5 for 5 years with no flaws even if I always drop it and I actually used to soak it in water.
E

Huawei Honor series, ranign from USD100 - USD300, where can provide enough of the intelligent performance to your boyfriend needs. Such as camera, simply A.I., cloud, installing mroe APP where can keep of fast running of the smartphone. And due to supporting with Google where most of the Applications are even free, aka, the using cost is also very low too. Little life tips sharing: A good girl freind should be as good as helping the boy to save money and use the money in a effective/ efficicency way too !!

I would recommend Vivo and Huawei it's cheaper but have a good quality specially on camera and apps.

Maybe too late to reply for your boyfriend's birthday, but I personally find phones and computer a risky thing to surprise someone with. They may have their sights on such a device themselves and if you then come with a phone he doesn't want, he would probably feel a bit angry, because okay, it's cute you got him a phone and all, but it would be rude for him to then buy the phone he wants and puts your gifted phone in the closet as a reserve, never to be used. Not to mention the money wasted.

I recommend talking with him about the matter first. It's no longer going to be a surprise, but better the perfect gift than a louse surprise. If he has sights on a phone that's just too expensive, hear if anybody wants to chip in. Then they have their present too and you don't pay the whole price.

Neon Kika is probably the cheapest. It is small and affordable. You can use it to go online, take photos and many other valuable services.

Right now I have samsung J7 2016 but I kinda want to upgrade into Xiaomi phones or Honor phone. If you want android phones for gaming then xiaomi is for you because of its powerful processor. But if you want good design and display then Honor phone is for you. This phones are so cheap. It is really bang for the buck

Speaking of an affordable phone? I would recommend Samsung J4+ is the best for you. Affordable as you can say, this Samsung model is suited for you. It has a high feature, good camera, and low price. Try it. I just bought 3 items last month.

A Honest Review for Samsung S8+

Coupon for The Newest Global Version Xiaomi Mi A2 Lite

Is Asus back in the game?

Are smartphones best for Vlogging?
2

Hi everyone! Who uses smartphones here?

Hi! Hope to see you around!

Top 5 Smartphones with the Longest Battery Life for 2018

How to turn your iPhone into a camera for your laptop

Mar 8, 2018
ElGuapo96
Similar threads
M
Any headphones DIY for android users, so they might last longer ?