The 'brick' phone is popular again

Data from Counterpoint Research showed that the number of basic phones sold increased for the fourth quarter in a row, while smartphones fell slightly at the same time. This type of device accounts for 23% of the total number of phone shipments in the first 3 months of 2018. 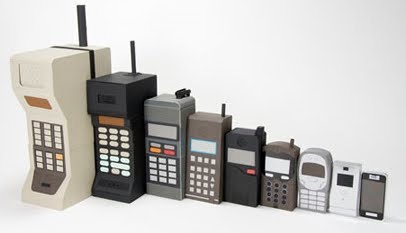 iTel and HMD are the two leading names in the global market with 14% of each company. Jio, Samsung and Tecno respectively took third, fourth and fifth positions with 11%, 8% and 6% respectively.

Most markets consume many feature phones in poor or developing countries, while Europe and North America account for a tiny percentage. Middle East-North Africa (MENA) and India are the highest (36%), followed by Asia (18%), Europe (6%), Central America and Latin America (4%).

Counterpoint said that popularity comes from factors of battery life and basic needs. When electricity is a big problem for developing countries like Africa, a device that can be used for a long time without running out of battery is preferred.

Besides, being able to use when the smartphone runs out of battery or is broken is the reason many people come to the "brick" machine as a secondary device. With many integrated features like 3G/4G, web browsing...they can be connected at a simple level, besides listening to calls and texting.

I was already asking myself who the hell is crazy enough to buy brick phones in today's age. I know there are a lot of people who want to be different by using the good old things instead of the new things, but to have phones like this in your pocket? That can't be comfortable.

But yeah, I keep forgetting that not every country is so fortunate and for those countries, a brick phone is more than enough for them, saves them a lot of money too. If I haven't become so addicted to those small games on the go, I suppose I could use a brick phone too, although not the bigger ones on the left side of that image
You must log in or register to reply here.
Share:
Facebook Twitter Reddit Pinterest Tumblr WhatsApp Email Share Link
Older threads

How to restore the original settings on Vsmart Joy 1 plus

5 smartphones with unique design in 2018

Hiding your number for all outgoing calls

How to restore deleted default ringtones on your smartphone

Aug 6, 2021
aceofadsense
D
How To Recover The Iphone Data