If you like Google smartphones but Pixel 3/3 XL is too expensive, and you need to buy smartphones in the first half of 2019, please wait for Pixel 3 Lite and 3 XL Lite. Expected, these two smartphones will be launched in the spring of 2019.

Currently, the specific launch date has yet to be revealed by Google. 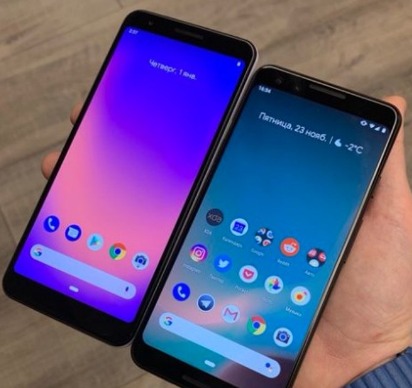 The first leak of Pixel 3 Lite appeared from mid-October on Russian Rozetked site. This site was in Pixel 3 XL hands before the smartphone was released for months. A few days later, a series of Pixel 3 Lite photos, as well as photos taken by this device's camera, were also posted by a series of Russian news sites. In early December, the CAD drawing of the Pixel 3 Lite leaked.

According to the most recent information, Pixel 3 Lite will have a 5.5-inch screen, Full HD + resolution, Snapdragon 670 chip, 4GB RAM, 32GB capacity, 2.915mAh battery, 12 MP rear camera, and 8MP front camera. The 6-inch screen size is the only thing we know about Pixel 3 XL Lite. Both smartphones have a 3.5mm headphone jack.

To reduce costs, they will be made entirely of plastic rather than a metal frame structure sandwiched between two familiar glass panels recently. The design of the cheap Pixel duo will be based on the configuration of the Pixel 3, so there are no rabbit ears.

From Nexus 5X in 2015, Google did not continue to launch mid-range smartphones but this year will be different. The US market is currently lacking in impressive mid-range devices, and that is the position that Google can jump into.

Not a bad choice for a smartphone, I might even take you up on that offer and buy one when it comes out. But you say it has a memory of 32GB. In my opinion, that is not much for a smartphone these days. Is there room to put in an additional memory card to increase the maximum memory, or is my best choice to drag files from the phone onto my computer when I need more space?

Dracindo said:
But you say it has a memory of 32GB. In my opinion, that is not much for a smartphone these days.
Click to expand...

You are right on this point, anyhow it is a mid range smartphone for normal users.


Dracindo said:
or is my best choice to drag files from the phone onto my computer when I need more space?
Click to expand...

Fingerprint sensor under the screen, the difference of Huawei Mate 20 Pro

Smartphones: How and where it is manufactured?

Hey there, Newbie to SMARTPHONES!