If this information is correct, there will be only one month left to see the revival of the Nokia cameraphone.
Since HMD Global regained ownership of the PureView brand from Microsoft, there have been rumors that a Nokia smartphone with a super camera will soon appear. And that device gradually came out as Nokia 9 PureView. 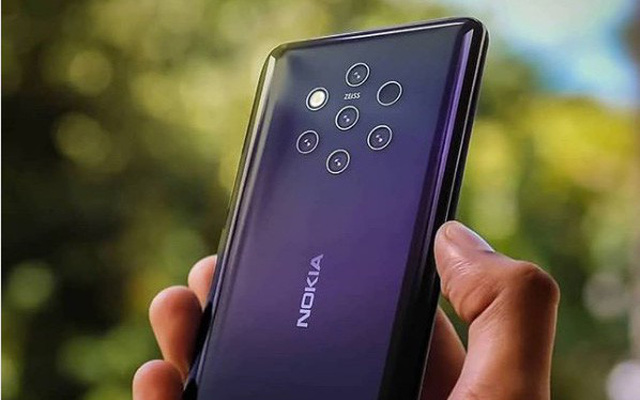 According to Nokia anew account, specializing in providing accurate information about upcoming Nokia smartphones, only one month later Nokia 9 PureView will be released. The Nokia 9 launch event will be held after the CES 2019 and right before MWC 2019.

Although the specific date has yet to be revealed, it seems that HMD Global wants to avoid CES and MWC to ensure attracting the most attention for Nokia 9.

Nokia 9 has a series of notable features such as 5 rear cameras, a fingerprint sensor under the screen. In which, 5 rear cameras are expected to be the main feature to attract consumers.

Other Nokia 9 specifications include a 6-inch screen, a Snapdragon 845 chip and 6 or 8GB of RAM. Because it is not equipped with Snapdragon 855 chip, Nokia 9 will not support 5G network.

5 rear camera's? I'm sorry, but what does that even mean? Does it make better pictures than any other smartphone or can you take multiple pictures at once, possibly from slightly different angles? I just don't see why people would a new smartphone, just because it has 5 camera's, instead of 1.

Other than that, 6 to 8GB of RAM is certainly not bad for a smartphone. Any idea how much the maximum memory of this thing will be?

Dracindo said:
I just don't see why people would a new smartphone, just because it has 5 camera's, instead of 1.
Click to expand...

Its related to technology, it may be a new technology which will give better pictures than 1 camera. You can easily find two cameras on Samsung devices.


Dracindo said:
Other than that, 6 to 8GB of RAM is certainly not bad for a smartphone. Any idea how much the maximum memory of this thing will be?
Click to expand...

So, is 'Harry Potter: Hogwarts mystery' any good?