How to disable battery performance throttling in iOS 11.3 beta

From iOS 11.3, Apple introduced an option not to reduce performance when the iPhone battery is going down and also users can turn it off in the settings.

Discovered in November last year, cutting the performance of the old iPhone to cope with the powerhouse got a lot of criticism from the user, even litigation. The actual purpose was not negative though, but the lack of transparency to the user was the reason of company's past time.
Apple then apologized, and launched a replacement program for $ 29. In the latest iOS 11.3 beta release and the ability to turn off old-fashioned iPhone performance has been integrated.

Those who have upgraded to this version can turn off the following steps: 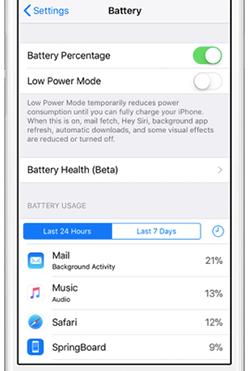 After upgrading to iOS 11.3 (beta), in Settings will be added Battery Health (Beta). 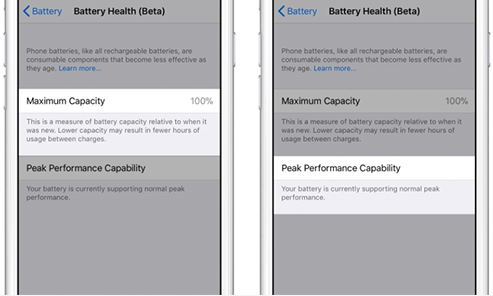 Once clicked, users can view some information about the iPhone's battery status. If the battery is still 100% new, the option to “turn off the performance” will not appear.

If iPhone battery has been damaged and turned off, the Peak Performance Capability section has the option to disable. 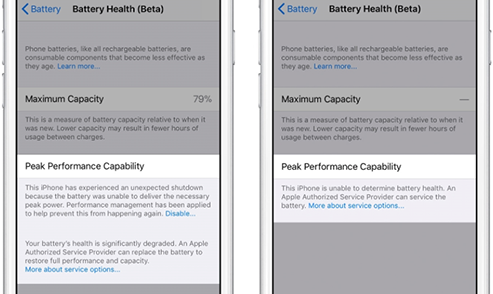 If your battery status of your new iPhone is lesser than 80% and suddenly gone off, without turning off the performance. Apple recommended to replace the battery from the Service Center as soon as possible.

That is such an amazing feature. I wish they would implement similar thing into other OS like Android and Windows. It would be extremely helpful to know how healthy your battery actually is and how much time you basically have before it's date expires.
Only thing that is kind of weird is that it costs $30 which, for an application/feature is a little bit overpriced in my opinion, i mean, you can buy a phone for that amount of money

How to restart iPhone/iPad without using Power or Home Button

All ways to restart iPhone

Download and experience iOS 11.3 beta 2 with many attractive features

What are your Top 5 iPhone apps?

Be the master of battery management on iOS 11.3

How to unlock your Android phone from PUK lock

Turn your smartphone into a professional camcorder