Status
Not open for further replies.

Has anyone heard about the Triviador game on Android? It's a free game, available in many languages, and the best thing is that you can play online, versus other players. What's this game all about? Well, firstly you create an account, I usually connect with Facebook because it's easier and I can invite my friends to play. After you created the account, you can enter the game. It's pretty easy. It will display a map of your country. You are going to compete against 2 other players.

The first part of the game requires you to answer some general knowledge questions faster than your opponents ( and as close to the correct answer as you can) in order to conquer more territories. After the territories are shared between the players, the battle can begin. You can attack other players' territories in order to conquer them and gain points. You can also attack their base if one of your territories is located next to it. Each base has three towers. If you manage to destroy them all, the base and all of the player's territories become yours. The player who has gained the most points in the battle wins the game.

As you play and win and get more points you can upgrade your base, get little helps and build a powerful kingdom. I think it's a great game, from which you can learn a lot of things, it's very entertaining and educational. I recommend this game to everyone who is a trivia fan.

They also have a PC version of the game, so you can play it from your laptop or computer as well.
https://world.triviador.net/ 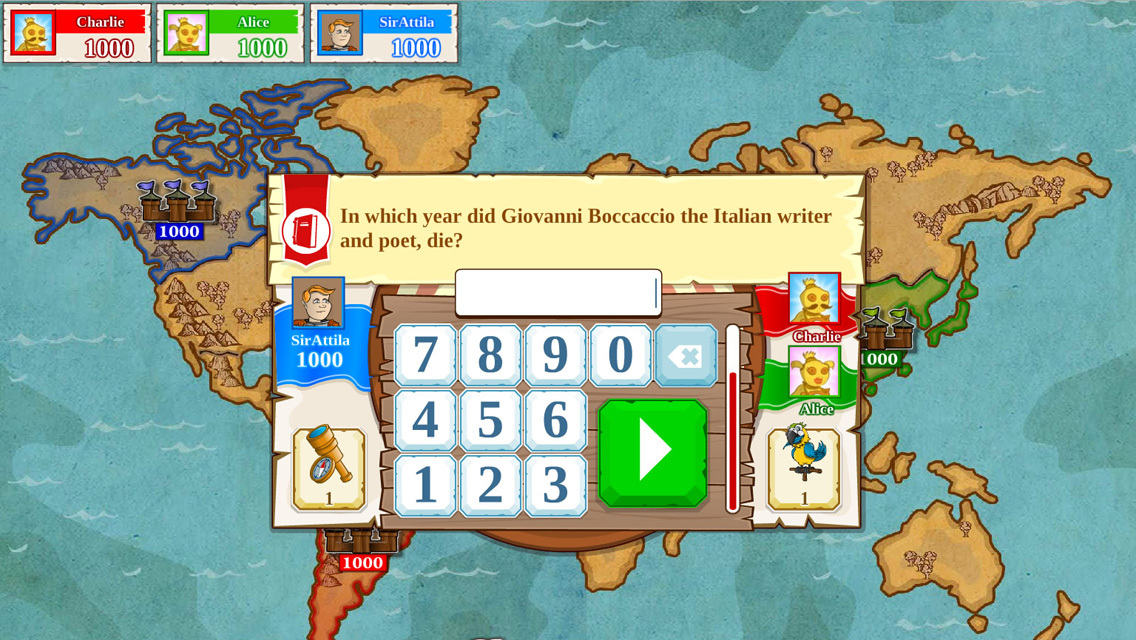 I have never ever heard or played this game before.
Would you mind sharing any videos game play of Triviador? It is more attractive to play on PC or a smartphone?

Here is a sample of how the game is played. I usually play it on my smartphone because I have accessibility to it and I can play wherever I want, but on PC is more attractive because you can see all the details and also, when you play with your friends you can have your Skype on and watch their reaction and communicate real time

It's a nice game. I used to play it 5 years ago. If you like to test your knowledge and to have fun, this is perfect. This game has a lot of questions about history and geography and also about music, chemistry, fashion, physics, etc. I like it because this competition of conquering land makes you play more and like that you train your mind in the same time.

As I read your post I thought it is a hack and slash kind of game. But the deeper I read your post I was surprised that this game is somewhat like an educational game. I think it is a game about trivia and that is why it is called TRIVIADOR. It looks boring but it is just what I thought. I never play it yet but I'll try and come back with a comment.

I gave it a go but it's just not something that can keep my attention for an extended period of time. For some reason i just get tired of it so fast that i have to go outside and do something productive. Always feels like a wasted time. Wouldn't discourage anyone to tried out, though. Everybody's got a different taste

It's been a while since I played Triviador.
I am a history geek, as well as geography one, so those types of questions were best for me.
I love trivia, but I switched from android to iOS and gave the phone to my brother and eventually forgot about the game.
Some games that are about the same things are usually played by me once in a while, but only online, without having a need to download them.

ElGuapo96 said:
I gave it a go but it's just not something that can keep my attention for an extended period of time. For some reason i just get tired of it so fast that i have to go outside and do something productive. Always feels like a wasted time. Wouldn't discourage anyone to tried out, though. Everybody's got a different taste
Click to expand...

Well, trivia can help you a lot.You can learn so many new things,
Trivia was always fun to me.Getting to know answers on some questions and learn, to prove myself I actually know sometimes always gave me excitement as much as learning.
You should give it a shot, when you have free time, since, as you said, it is 100% better to do something more productive than playing games.

Status
Not open for further replies.

Hey there, Newbie to SMARTPHONES!

Does Nokia fix the problem with Android?

What does a chromecast do?

Does anyone know how to increase the RAM of an Android?