I read about an article saying that you can use a cell battery as stylus for your smartphones...hilarious right?
At first i was hesitant to try thinking it may damage my phone, so i did some little research.How does a touch screen works?

There are two kinds of touch screen resistive and capacitive.
Resistive system uses two electrically conductive layers bending to touch one another. This system is commonly used on ATM machines.
Capacitive system works with anything that holds an electrical charge including human skin or in this case fingers. Commonly used in smartphones.

Now a battery cell holds or stores an electrical charge, basically its purpose. Knowing how capacitive screen works, i finally got the courage to try it on my smartphone.... 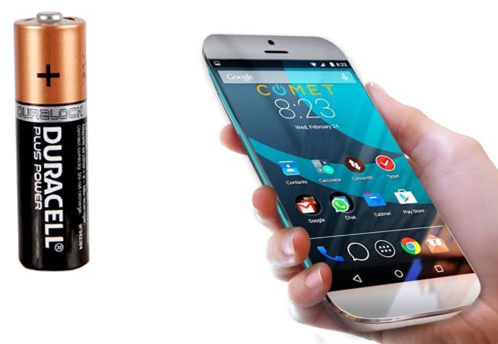 And what do you know it really work ....and the good thing is my phone is still fine.

Another trick with a scientific explanation

How to Use the New One-Handed Keyboard in iOS 11?

Smartphone can save all my files?

Smartphone's Battery: How the leading brands deal with it?

How to reset network service on an iPhone

Reset All Settings to their Default Settings on your iPhone