Nice to be here

Hello everyone in the forum, I am Emmaz and it's my pleasure to be among you all in this community technology gadgets (smartphone). I'm male and 31 years old from Nigeria. It's really a good niche that the forum is all about because I believe that an average individual in our society today makes use of one phone technology or another.

Welcome to the community Emmaz
Hopefully you are going to have a great time here and learn a lot of things, and hopefully we will be able to learn something from you and your experiences.
There is not too much to say about that phone besides the fact that it is an absolute monster. The specifications are ridiculous, it's a good looking phone and one of my friends has had ever since it came out. Based on his experience i can guarantee you that it is an amazing, reliable and very durable phone.
You shouldn't worry too much about it.

Welcome to the community. Samsung Galaxy J7 is actually good. My overall experience with Samsung Galaxy J7 was fine. I will just give a summary of what I like and what I don't like with this phone. Having a RAM of only 1.5GB, the performance is still good enough considering its price. But if I've been using this phone for a month or two, I would consider an upgrade. That means, I like its performance (considering its price) but I'm not very satisfied.

They say don't judge the book by its cover. But the cover is what you see first so let me give a comment on its appearance. It fits to my hand. It is not that big so it doesn't easily fall and not that small to ruin the gaming experience. It is hard to play games with a screen size of 4 inches below. Luckily Galaxy J7 offers 5.5 multitouch screen with 720 x 1280 pixels of resolution.
What I don't like with this phone is its build. It is plastic. I also don't like the design but I don't hate it. It is just not my type. I want my phone to be sleeker. 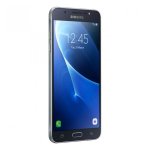 Also it was released 2015 so it's going three years in the market and Samsung has already released cooler versions of J7.
I would recommend Samsung Galaxy J7 Pro. It has 3GB RAM and 32GB ROM. The operating system is already android nougat while as far as I know, Galaxy J7 has android lollipop and upgradable to marshmallow. I'm actually using Samsung Galaxy J7 Pro for 6 months and I'm not even considering an upgrade. It can run almost everything I throw to it. I even edit HD videos which is necessary for my work since I'm in the field of multimedia design. I rarely use my laptop now for editing.
The design totally got me crazy. It is just so sexy. I'm running out of adjectives to describe it. So take a look at this. 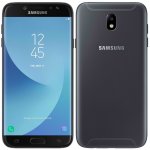 That sleek sexy body is metal. It has fingerprint scanner and it works just so smooth. This was released 2017 so it is still in trend. The best feature of this phone is its camera having 13MP back and front camera.
You must log in or register to reply here.
Share:
Facebook Twitter Reddit Pinterest Tumblr WhatsApp Email Link
Older threads

Headphones for a fitness junkie?

Unlock with fingerprint on your Android smartphones?

How to set up Fingerprint lock on Samsung Galaxy smartphones

Laptop keyboard does not work on Windows

Hi there! I'm Mari, so nice to meet you all

Nice to meet you!

It is nice to be back!