Hello everyone, recently I found out that Motorola releases it's Moto Mod speakers for it's Moto Z Phone. And I think it is really cool for those who are really into music and wants portable speaker phones. Are you familiar about this one? What do you think about it? 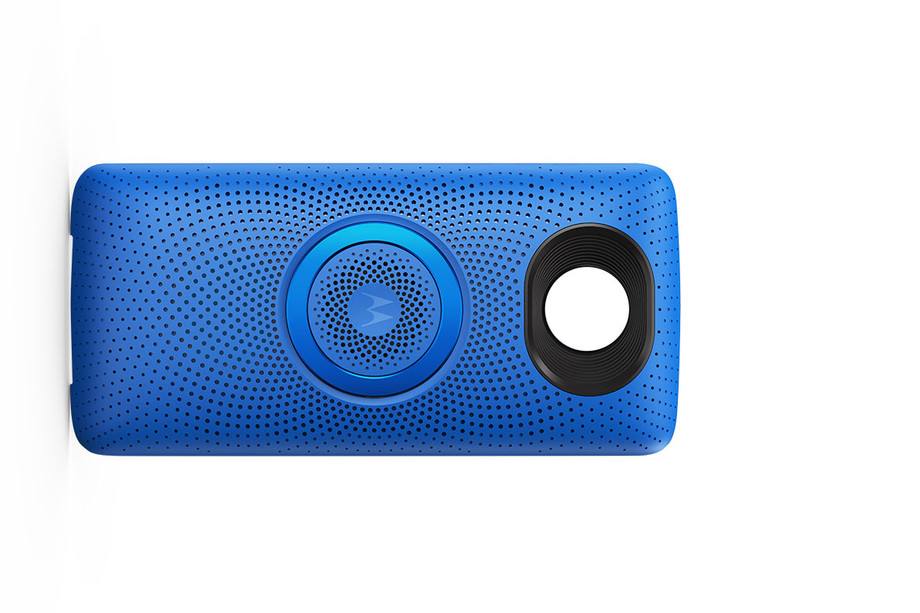 I'm not familiar with this speaker yet and I only made a quick google search. It also works as the smartphone's case right? It looks like a good concept but I think the cheapest variant of the mod is $59.99 and it still is expensive for a smartphone case/speakers.

The speaker needs to be connected to a Moto Z phone. It needs to get power from the phone since it doesn't have a separate charging method. So it will eventually drain your phone's battery. Comparing it to JBL SoundBoost, I would still prefer the JBL for the quality.

Motorola is still alive ?
I haven't seen that phone for years.Nobody in here uses them anymore.They were very popular 10 years ago but that died out.
Concerning the speaker, it looks nice.The most important thing is the price, of course but, as @EfficientNinja did a research on the price, it should be affordable.
I never used any speakers for my phone, since I mostly use headphones but will check this one out.
I am glad Motorola is still out there.
A

there are lot's of new mods released by motorola and are really amazing. The speaker mod on the moto z works awesome and gives good sound.

I have a Moto z2 Force which I purchased in early May 2018. I was drawn to this phone because of the price, the ruggedness, battery life, scratch proof screen size, camera, and general value. The main competitor at the time was the S8 Active, which I didn't want to fork over 700 bucks for. I've been pretty happy with it. The screen does de-laminate at the corners, and it does have some firmware issues with the camera. Otherwise, it has held true to its claims. I've not purchased the mods due to my phone being beat up. I think that the issue of not buying the mods early (and not having a protective case) set me up for being jaded. I still like the phone. I just can't wait for the z3 to be released.
You must log in or register to reply here.
Share:
Facebook Twitter Reddit Pinterest Tumblr WhatsApp Email Link
Older threads

Looking for a cheap camera to film vlogs and music videos

Pleased to meet you.

What do you think of Bitcoin faucets?

What are the advantages of having Samsung Galaxy S9/S9+ over iPhone X?

8Bitdo M30 Bluetooth Gamepad - The Greatest 6 Button Controller Ever Made

Motospeed V60 Gaming Mouse - Beat The Rivals in The Games